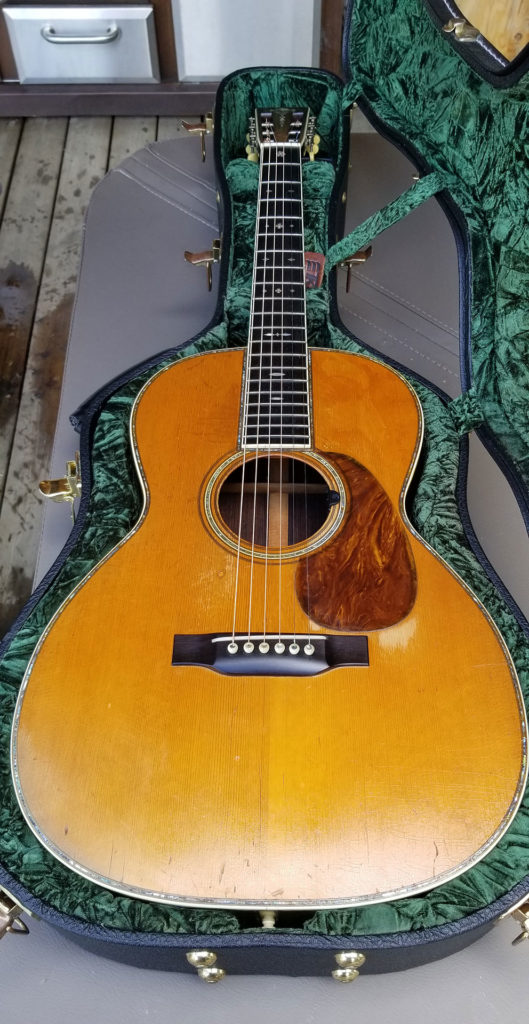 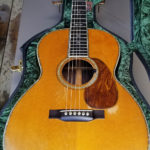 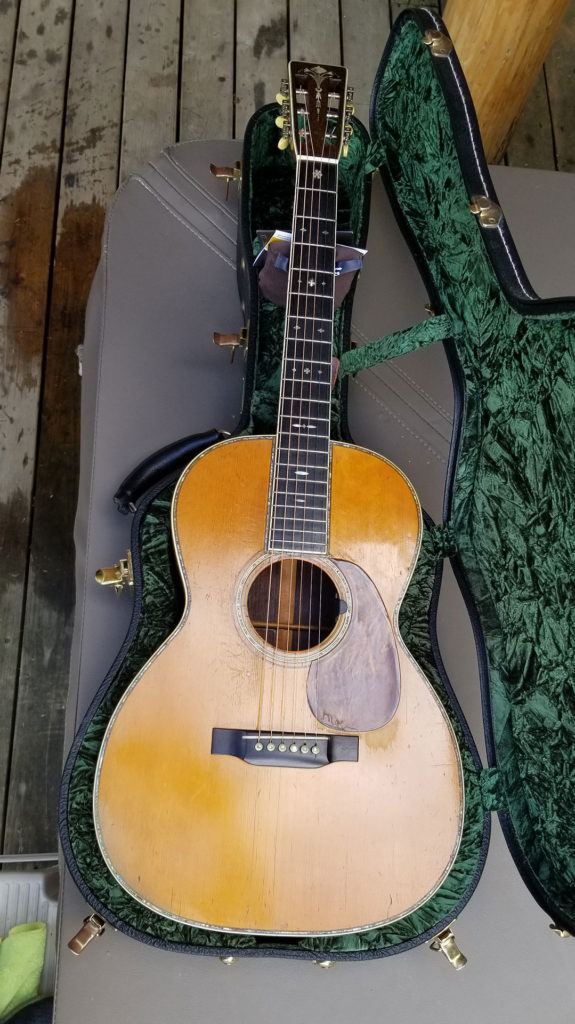 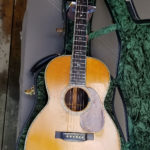 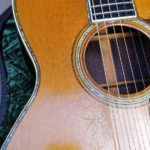 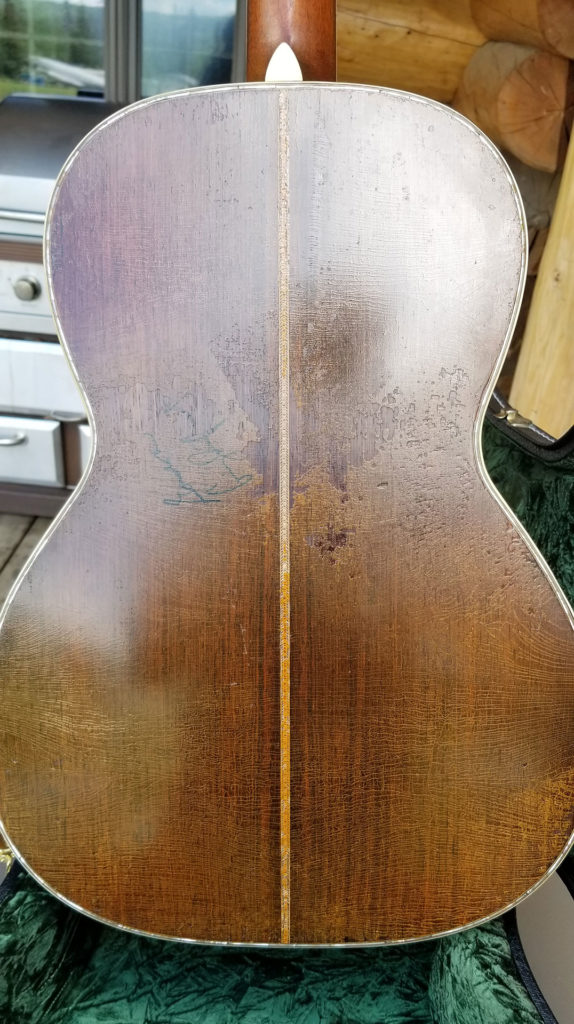 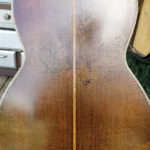 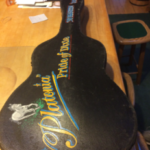 Here is a guitar that is among the most special offered at Dying Breed Guitars. Better photos will be coming soon- but these will give you an idea. This is an extremely rare and desirable 1930 000-45 in the 12 fret slot head configuration. Several professional musicians I know consider the guitars made by Martin between 1930-1931 to be the finest and pinnacle of their storied and revered manufacturing. This one was actually owned by Norman Blake for several years, who recorded an album with it and hand painted a beautiful rendition of a horse on the original case. The guitar is now back in the ownership of the second owner’s (who purchased the guitar used in 1945) grandson. We have documentation and original bank notes and loan documents indicating when his grandfather purchased the guitar. It is a true beauty and everything one could want in a Martin guitar. This guitar was featured in a Martin themed hardback book as well as photographed in multiple magazine layouts with Norman Blake.

Back in 2016 Dream Guitars sold one of these that had actually been refinished for $135,000, as chronicled in the Robb Report. Another one we are aware of has been refinished and is offered at $90,000. Another sold through a well known dealer way back in 2014 for $150,000. This guitar retains the original finish and we feel it is a great value. Rare is hardly the word!