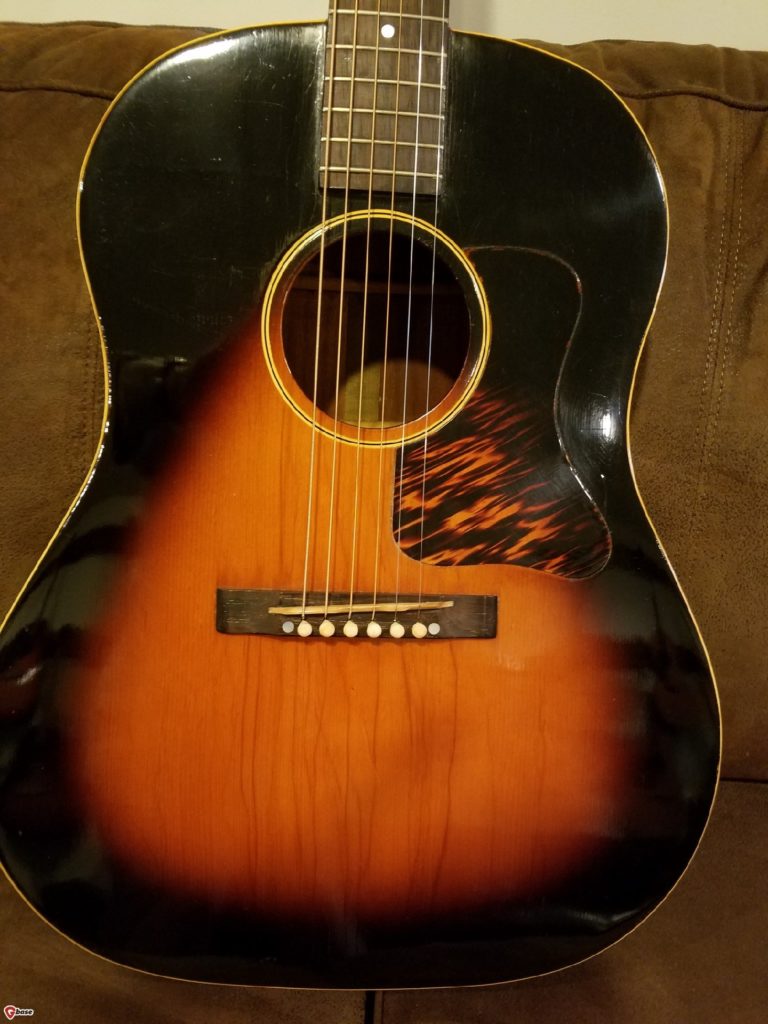 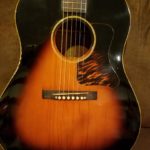 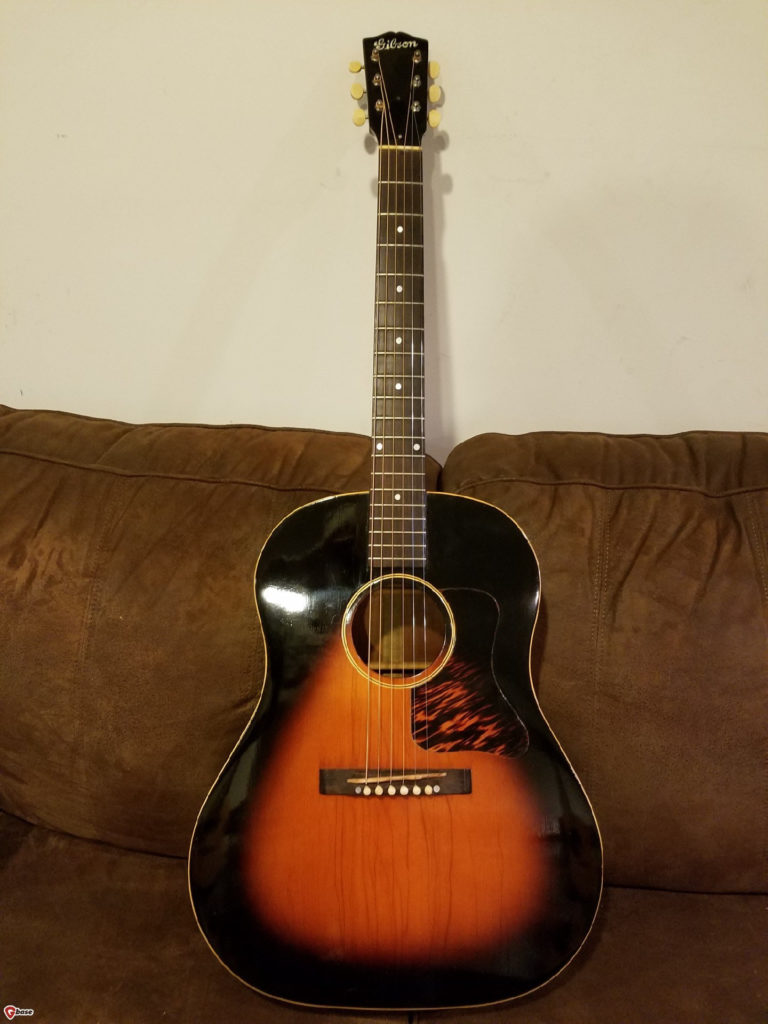 Only 39 ever produced and only three are recorded in the Spann book. Made for two months, October and November of 1936. It is one of the most scarce models that Gibson ever produced. Indeed, it really is more of a prototype rather than an actual production model. It was never in the Gibson catalogue. These guitars were actually all given to salesmen to use as promotional items to promote the new Jumbo 35 (J-35) that followed. This guitar is essentially a plainer version of the original Jumbo. This guitar bridges the gap for an extremely short time between the Jumbo and the J-35. This is an artifact and a piece of Gibson history.