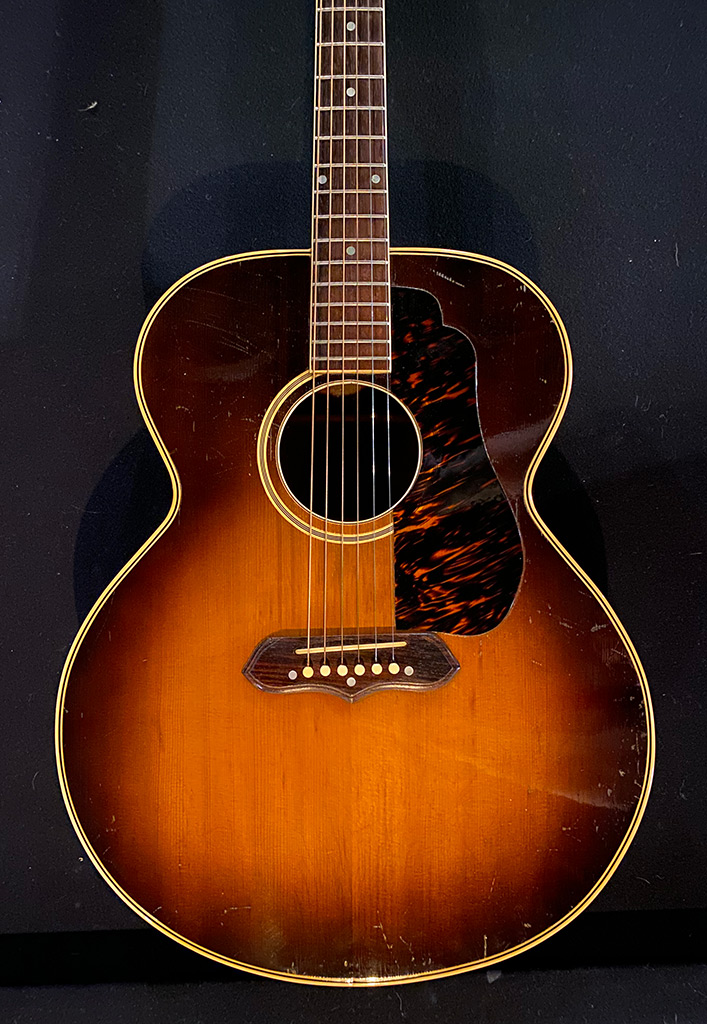 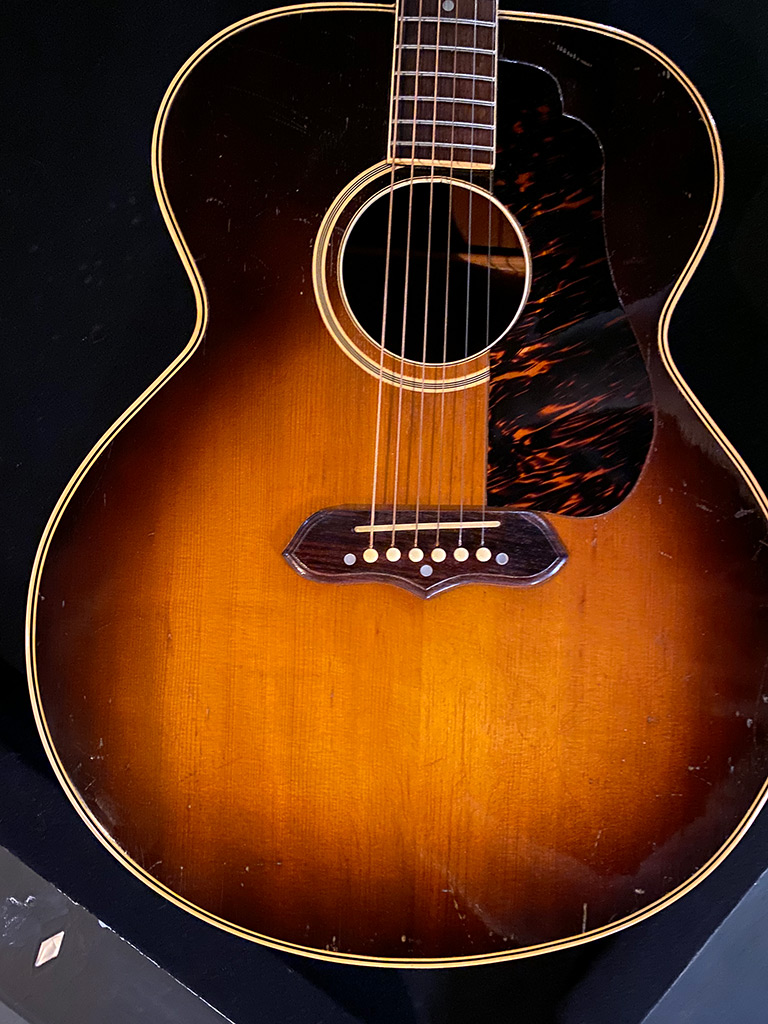 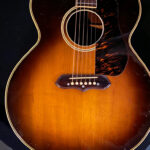 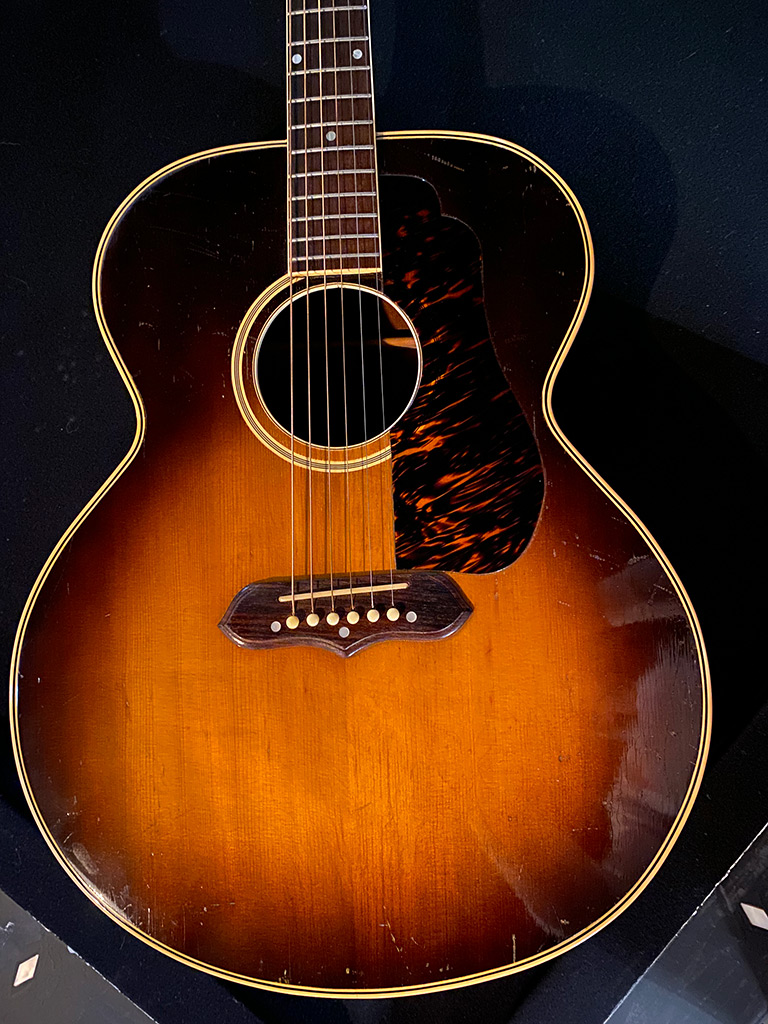 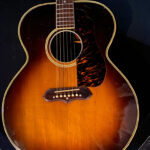 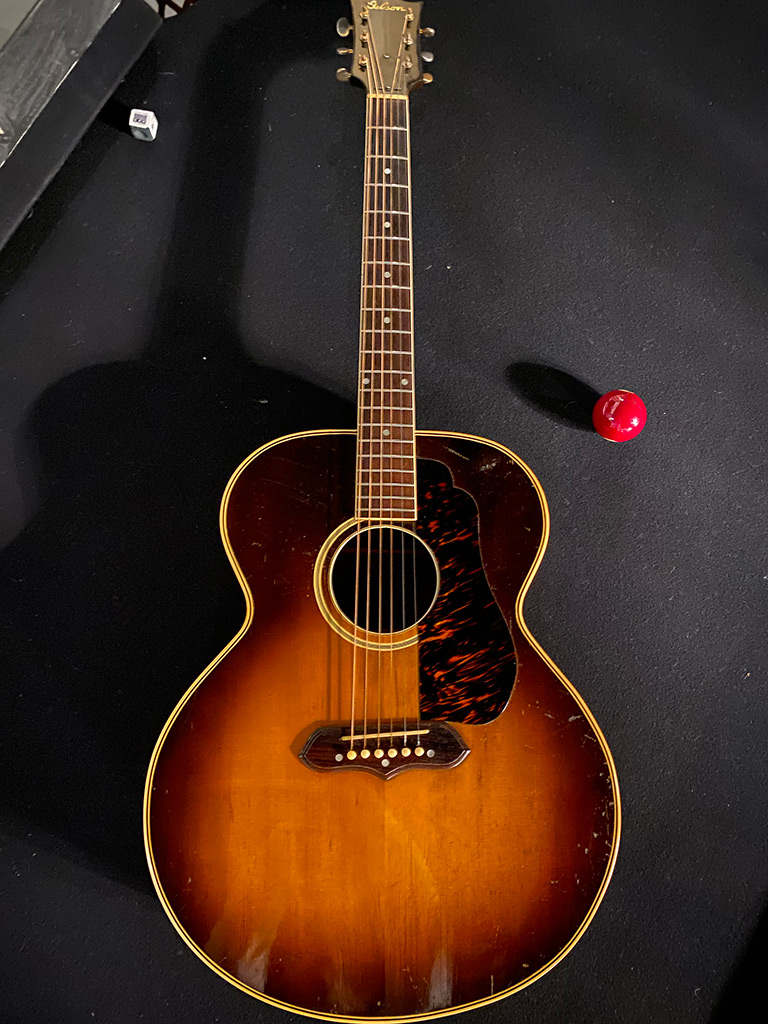 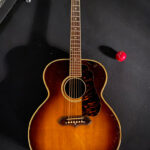 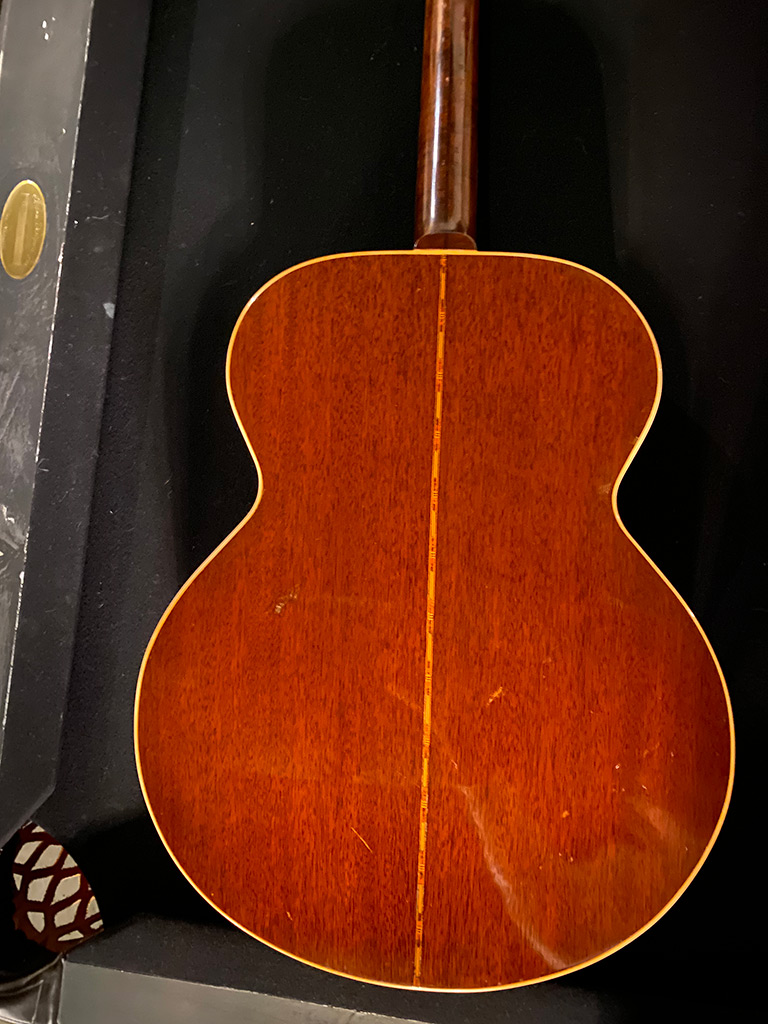 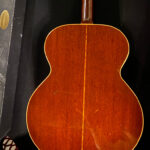 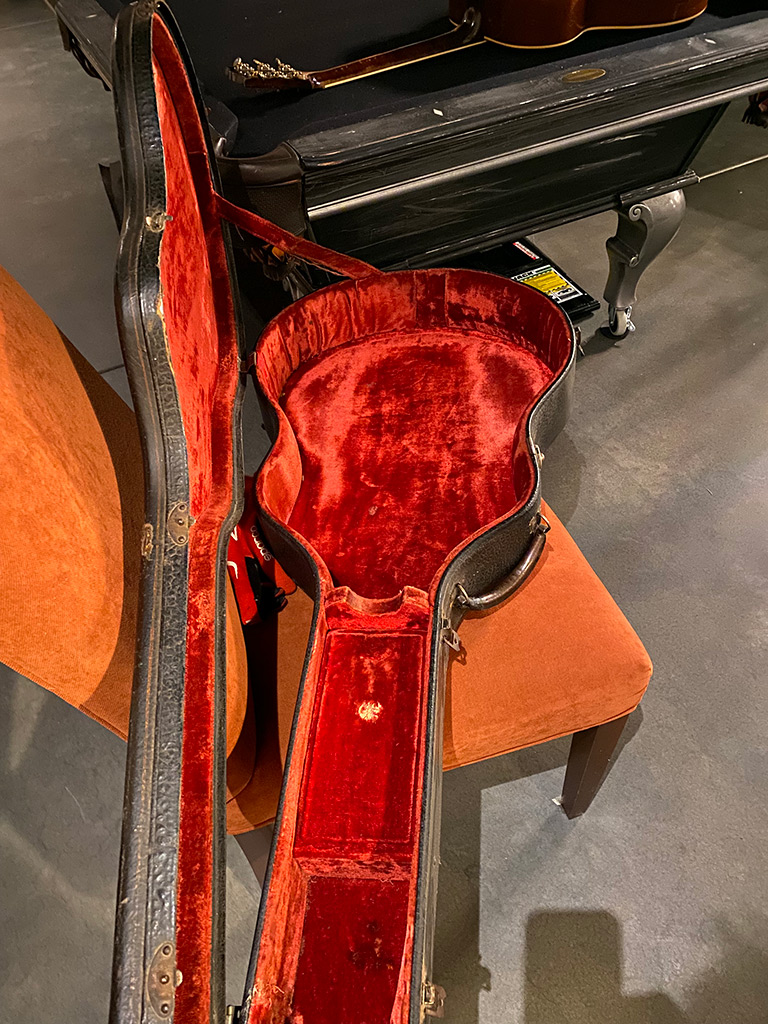 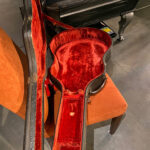 Only 177 super jumbo 100s were made in the three year span of this model- 1939-1941. Maple neck, ebony fretboard, mahogany back and sides. This guitar was more expensive than it’s comtemparies at Gibson including the Advanced Jumbo and the Nick Lucas Special. The SJ-200 model went on to lasting fame after World War 2. And was billed by Gibson as “The King of the Flat-tops,” while the SJ-100 became one of Gibson’s most obscure, rare, – and most intriguing – flat-tops. This 1941 guitar is near mint and in the original case. Fantastic sound.